In the Patriots vs. Colts game on the road to the Super Bowl, Tom Brady threw an interception, like most quarterbacks do. But D’Qwell Jackson, the defender who intercepted the pass, noticed that the football was well past deflated. When asked about this, Tom laughed the question off. But the matter turned into a full-blown investigation, leading to a strange chain of events. The question is, what will happen when it ends?

The “Deflategate” ordeal happened in a very weird way. To explain it best, we will list the chain of events leading up to May 19.

After D’Qwell Jackson clarified that the ball he caught was deflated, the NFL decided to launch an investigation. At this point, we were all thinking that this would blow over easily. And if it didn’t, hey, it’s a deflated football. What in the name of Joe Montana is the big deal? But a lot of people failed to realize that Tom Brady WAS cheating, no matter how he did it. And, as the next event shows, people will do a lot to cover up their cheating…

2. Tom Brady Refuses to Turn Over Phone for Investigation

When people heard that Tom Brady refused to cough up his phone for “privacy reasons,” it really aroused suspicion. Of course, some creative Jets fans did get a few ideas. 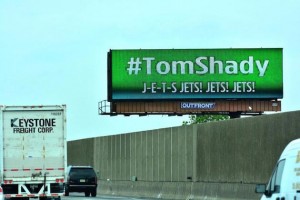 See the site where I got this picture here

Cudos to you, Jets fans! You really know how to take a situation and rub it in a Patriots fan’s face!

Anyway, this made the investigators think that something was up.

Sorry, I forgot to explain this part.

Upon finding out that all 11 balls the Patriots used were deflated, the  NFL hired private investigator Ted Wells to find out what really happened. Well, he released what is now called the Ted Wells report. It said a lot of boring stuff that I didn’t bother to read (but I’m sure it would be interesting if I was a private investigator), but it basically accused Jim McNally of deflating the footballs. If you want to briefly skim it like I did, click here. He also said that “it’s more likely than not that that Brady was generally aware of this.” The Patriots were miffed about this, so they made this website that, no offense, looked like an 8-year-old designed it. Click here to see it. Man, this must be a record for most external links in one of my posts! Anyhow, all it really does is prove that they are incapable of stepping up and saying “yeah, that was our fault.” And if there’s one thing that I’ve learned from my mom in all my twelve years, that’s what a loser does.

4. Brady attempts to file an appeal and go to court

But he was also intending on doing something else: Tom Brady intended to go to court with the NFL. Now, my first reaction was, “What? Go to court over a deflated football?” I didn’t really get it. But Lester Munson, the brilliant legal analyst on ESPN, summed up the situation on Mike & Mike in the Morning. In the beginning, Mike Greenberg asked a logical question: can Tom Brady realistically sue the NFL? When I heard this, my answer was no. Dude, it’s a deflated football and a 4-game suspension. Stop crying over spilled milk and take the suspension! I don’t care how bad Jimmy Garoppolo is, I don’t care how many games you’re guaranteed to lose, just shut up and be ready for game five! But Lester Munson had a different take on this. He did say he really couldn’t realistically, but they could still try. He did mention that Brady was unable to do the thing he did with his phone, though. After all, this is court, not some investigation launched by a skeptical NFL.

“He stonewalled the investigators for the NFL,” he said. He also pointed out that because of this, things could be “a bit more incriminating,”  than in the original investigation. But wait: wouldn’t the only reason Brady is suing is that he’s innocent and knew nothing about a scheme to advantage him by deflating the footballs? Not necessarily. “But I think Brady can look his text messages and his e-mails and make one conclusion, and somebody else, one of us, could make another conclusion.” But in terms of messaging, he’s already done for. The e-mails that Ted Wells DID get for his report pretty much screams out that he’s guilty. Because the court will force him to turn over all his emails, which might make him seem even more guilty.

There was another thing that Lester mentioned that really caught my attention. If Brady were to sue, the NFL would probably call on Jim McNally as a witness. Surely HE would have a few things to say about Brady’s involvement in this. Finally, he was asked what he would do if he were Brady’s lawyer and Brady went to him and said that he was involved. He said that he would take the suspension and get ready for game five against the colts. But he did say that he didn’t think that would happen.

5. Tom Brady Decides not to sue the NFL

It happened. Robert Kraft released a statement that basically said that the lawsuit threats were never intended to happen, and they were just to scare the NFL into repealing the suspension. Brady, however, would still appeal his suspension. Well, if Tom Brady doesn’t want to sue the NFL, it’s probably because he doesn’t think he’ll win. That fact will really hurt Brady in his appeal. The fact that he didn’t sue basically screams out that he’s guilty. So why should the NFL listen to him when he asks to get a suspension repeal? It’s crucial for him to know his strategies in this situation. And there’s no question that Roger Goodell will take his appeal with a grain of salt. So by this point, If I were Tom Brady (which I’m not, but just assume), I would go after the strategy of “Yeah, I cheated, but 4 games is just way too long!” But even then, I think four games is quite enough.

Lets be honest: the Patriots screwed up badly, and they payed the price for it. It wasn’t worth it, and we can be sure that it won’t happen again.