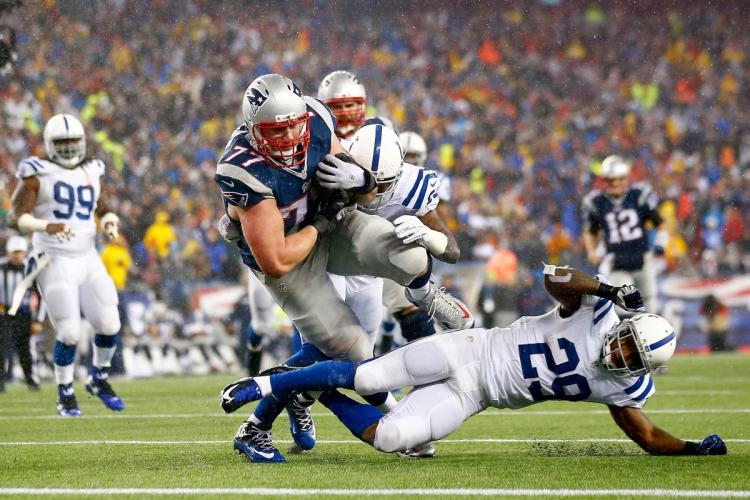 You’re watching a play in the football game (hopefully using my tips to make it more exciting). The quarterback is being rushed by a man. He throws the ball about 3 or 4 yards, where the receiver catches in and is taken down immediately. The flag is thrown at the spot of the catch. Was the defender holding in the facemask? The official makes the call.

“The intended receiver was ineligible for the catch. Five yard penalty from the original spot of the ball. Still 3rd down”

And stop. The official threw the flag because the ball was thrown to an offensive lineman. According to the rulebook, that is a penalty. But why?

A penalty is made a penalty because the action is unfair. But who is throwing the ball to the O-line unfair to? If anyone, it’s the offense. I say that because if a lineman breaks away, the quarterback is left open to the defender who was on the lineman. Then what does anyone care? If the offense loses yards to a sack, that’s their problem. I mean, they brought it onto themselves, didn’t they? What’s the point in flagging them down when they already suffered? I don’t understand it, and you might not either…

unless you are considering what happens if the lineman does catch it. Well, I use the connection of a story I recently heard.

We all know who Danny Wegman is, right? If you don’t, he’s the owner of Wegmans, and hopefully we all know what that is. So apparently, Danny Wegman, as rich as he is, decided to buy a Rolls Royce. So some people started bickering and said that he had better uses of his money than a Rolls Royce. However, the logical rebuttal was ‘Hey, Danny Wegman pays a lot of money to make his stores really nice, he treats his employs really well, jut let him have his Rolls Royce”.

So what does this have to do with anything? Well, the quarterback risked being sacked and possibly getting injured. Just give him the catch! You only disadvantage yourself when you throw a lineman out into the receiving mix, so you fairly deserve the catch! This is football, people! We are meant for change! But for whatever reason, change is the hardest thing in football.

2 thoughts on “Why Ineligible Receivers Are Irrational”